Night Flights and the right to sleep

Everybody has the right to sleep at night

Europe needs to have a proper debate about air travel. The current policy of growth and expansion causes climate change, air pollution and noise problems. And its economic benefits are uncertain. The policy is being resisted by as growing number of people across Europe.

It needs a Europe-wide solution. Residents around one airport must not be played of against residents at other airports.

Everybody has the right to health, to live in a home free of constant noise and a duty to leave the planet in a fit state for their children.

We therefore organized an International Aviation Campaigners’ Conference in Attaching, just outside Munich.

We are calling on the European Parliament and our national parliaments to support:

The health and well-being of people and the planet must be given priority over economic interests.

Together, as citizens of Europe, we pledge to fight for our rights. 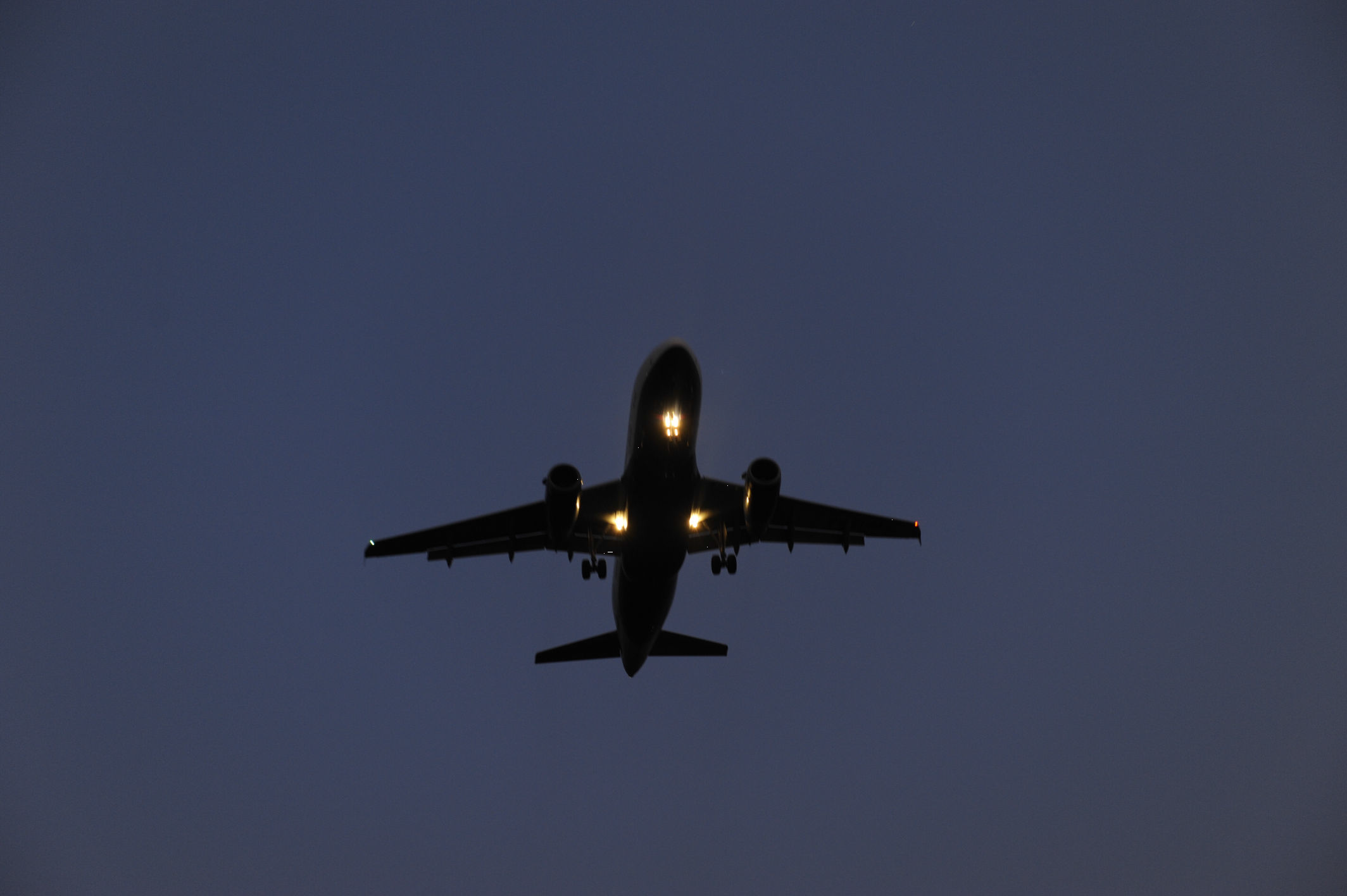 Questions and Answers on Night Flights

How many people are affected?

The European Union defines a night flight as an aircraft using an airport between 23.00 hours and 07.00hours.

** Assessing the Economic Cost of Night Flight Restrictions, a report by the European Commission found that over 3.6 million people were affected in 2005.

Since then, Berlin/Tegel airport, which had a lot of night flights, has closed and the number of night flights at Frankfurt has fallen. But the study took no account of the accession countries from Eastern Europe, those joining the EU after 2002. So it will remain true to say that over 3 million are affected by night flights.

How many night flights are there?

This paper doesn’t aim to cover every airport. It only gives a snapshot of the situation at some of the larger airports.

Over an 8 hour night, there are about:

But night flights are not just a problem for residents at the large airports. Across Europe nights flights annoy residents. Many smaller airports, such as the East Midland in the UK and Leipzig in Germany, have big problems with night flights.

Some airports do have restrictions on flights at night:

More commonly, restrictions on the number of flights or the type of aircraft allowed.

The table above shows the restrictions at the four main European airports.

What are the health impacts of night flights?

The evidence is clear: night flights are bad for people’s health.

What are the main studies?

The Hyena-Study was carried out by Dr Lars Jarup and his team at Imperial College in London and published in 2008. It looked at nearly 5,000 people aged between 45 and 70 who had lived near Heathrow, Berlin Tegel, Amsterdam Schiphol, Stockholm Arlanda, Milan Malpensa and Athens Elephterios Venizelos airports for at least five years.

The study found that noise from night flights causes immediate increases in blood pressure in sleeping people, even if they are not woken up by the noise. It discovered a 14% increase in the risk of high blood pressure (hypertension) for each 10 decibel increase in night-time aircraft noise. Hypertension can lead to heart problems and even early death.

The Greiser-Study,was carried out by the German Federal Environmental Authority and published in 2010. It covered the area around Köln-Bonn Airport and showed a significantly increased risk of coronary heart diseases, strokes and cancer due to aircraft noise.

The Guidelines for Community Noise were produced by the WHO in 2000.

Here are the main findings:

• If sleep is regularly disturbed for any reason, it has an effect on people’s health.

• Even if people don’t wake up, there is “sufficient evidence” to show that noise increases people’s heart-rate, exactly the same finding as the HYENA Report.

• There is some, but “limited”, evidence that noise at night can cause depression and other mental illnesses.

• Children, including babies, because they spend longer time in bed, are “considered a risk group” even though they usually sleep through noise better than adults.

• Since older people, pregnant woman and ill people find sleeping more difficult. They are particularly vulnerable to being disturbed by night noise.

Why do planes fly at night?

According to the key EuroControl Report (EuroControl Trends in Air Traffic Volume 5, 2009) a lot of freight flies at night.

Does freight need to fly at night?

Most freight does not need to arrive at night. A report from the International Logistics Quality Institute in 2004 found that just 10% of short-distance express freight is time critical. And there is no evidence that most of the freight on long-distance night flights is time-critical.

What are the other reasons for night flights?

• The airlines use the last hours of the day and the first hours of the night to catch up on delays and ensure their aircraft are in the right place for the next day.

• Night Flights allow the budget airlines and the non-scheduled airlines (usually operating holiday charter flights) to make full use of their aircraft. This keeps their costs down.

If they could not operate at night, airlines would be forced to offer fewer flights or buy more planes. In other words, most night flights are flown for the benefit of the aviation industry. The European Commission’s 2005 Report put it like this : “the argument for night flights seems to be basically commercially rather than operationally driven.”

Probably not. There are two key reports.

A report commissioned by HACAN from the respected Dutch consultants CE Delft and published in 2011 concluded that a ban on night flights at Heathrow is likely to mean that the savings made by the reduced health costs of the sleep disturbance and stress caused by the noise of the night flights would be much the same as the economic costs of the ban.

A European Commission report argued that night flights boost the economy of Europe. But it was a flawed study. It did not look at the possible benefits to other areas of the economy if night flights were restricted or banned. For example, the rail freight industry might grow. And so would the hotel and catering industries. The main reason given for night flights at many of the major airports is that they enable business people to get to a morning meeting in Europe. If these business people could not fly overnight, they would need to spend an extra night or two at hotels in Europe. The European economy would therefore benefit as these travelers spend money on accommodation and in local restaurants and bars. In short, any losses through a restriction or ban on night flights is likely be off-set by gains (and jobs) in other areas of the economy.

Would restrictions/bans in Europe mean more night flights in other partsof the world?

The argument is sometimes made that a ban of night flights in Europe would mean flights would require to land or take off in other countries, some of them much poorer than European countries, at unsociable hours. But that was not the conclusion of the European Commissions Report. It found:

“If the same restrictions apply to all the competing airlines flying the European long-haul routes,

they do seem to be able to adapt their schedules and get over slot availability, congestion, and

What does the World Health Organisation recommend should be the way forward?

• an interim target where outdoor noise averaged out over an eight hour night should be no higher than 55 decibels (what is called 55 Lnight).

• leading to a final target where the average outdoor noise should be no higher than 40 decibels (40 Lnight).

That would probably mean an end to night flights.

The CE Delft ‘A quick scan Social Cost Benefit Analysis’, commissioned by HACAN, is a report released on January 27th, , 2011. In this report CE Delft analyses the social, environmental and economic effects of night flights at Heathrow airport and shows that a ban on night flights could be beneficial for the British.

Established in 1978, CE Delft is a non-profit research and consultancy organisation which has more than 15 years of experience with aviation. CE Delft endeavours to create and improve viable solutions to environmental problems.