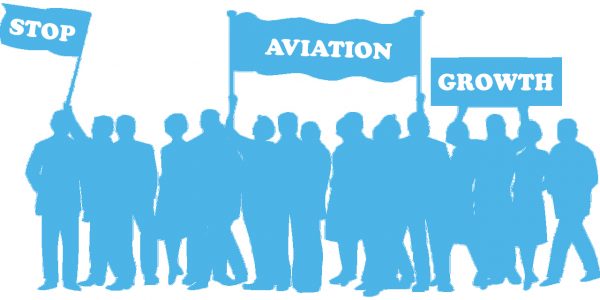 Residents organisations around the six Dutch airports have established the National Residents Alliance on Aviation (LBBL). They consider that the growth of aviation must stop.

The ever increasing air traffic at Amsterdam Schiphol Airport causes severe noise and air pollution. Safety risks are increasing. The relocation of holiday flights to Lelystad Airport met with resistance in six provinces because of long low flying. There is also no support for expanding the number of flights at Rotterdam The Hague Airport; as a result of the expanding Schiphol traffic, more and more residential districts are being overflown. In the south of the country, the residents around Eindhoven Airport have already experienced a major expansion in recent years and they certainly do not want any further increase in noise nuisance and air pollution. At Maastricht Aachen Airport large groups of people take action because of the nuisance of freight planes that affect not only themselves but also tourism in the Limburg hills. Finally, the residents around Groningen Airport Eelde are not waiting for growth either.

Everywhere in the Netherlands, residents living near airports are deeply concerned about the increasing CO2 emissions from aviation, which is an increasing threat to the climate. If the growth of aviation is not severely constrained, air traffic will largely negate the effects of national efforts to reduce CO2 emissions.

In order to express the concerns and call for a different policy, the LBBL will hold a National Protest Against Aviation Growth in cities throughout the country on 23 June. After the summer recess, the united residents groups, in cooperation with environmental organisations, will present requirements and proposals to the government and parliament.