Pollution – A warning from the European Commission

NO2 pollutant is a serious health risk

France, Germany, the United-Kingdom, Italy and Spain failed to put into action plans efficient enough to reduce the emissions of nitrogen dioxyde – NO2. This pollutant is a serious health risk!

If road traffic appears guilty in the Commission’s press release, in our opinion, the efforts should also include aviation.

To read the press release : European commission – France-UK-Spain-Germany-Italy- pointed out for lack of effort to redure NO2

Between 1990 and 2013 the contribution of aviation to the total emissions by transport activities in general has not ceased to increase dramatically.

“Click” on the photo below to access to a study for the transport commission of the European Parliament dated 2015 on green house gas and pollutant emissions from EU transport, and check page 18 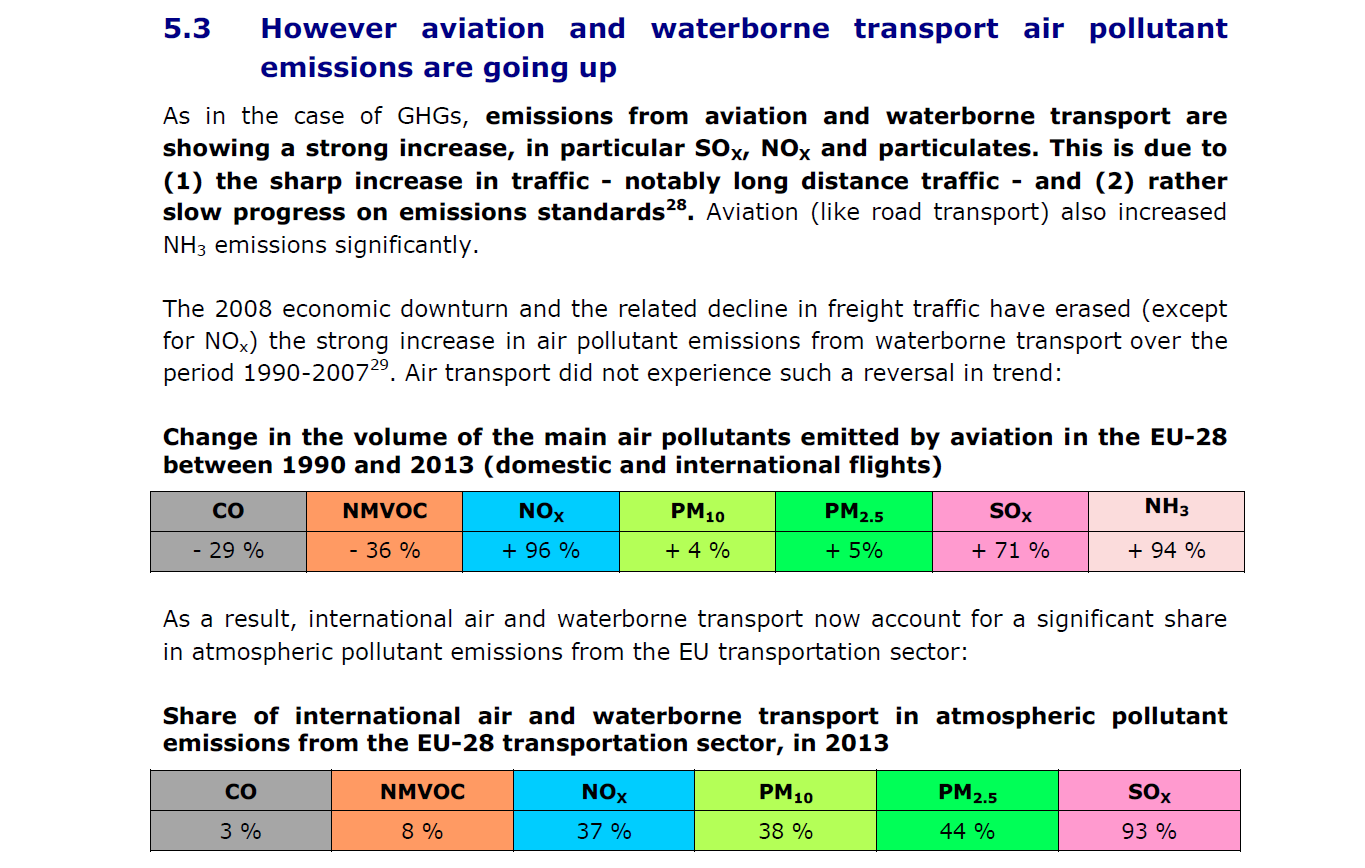