Presentation of the midterm assessment

On 12 November 2015, the European Commission presented the public study at midterm of the 2011 transport white paper. 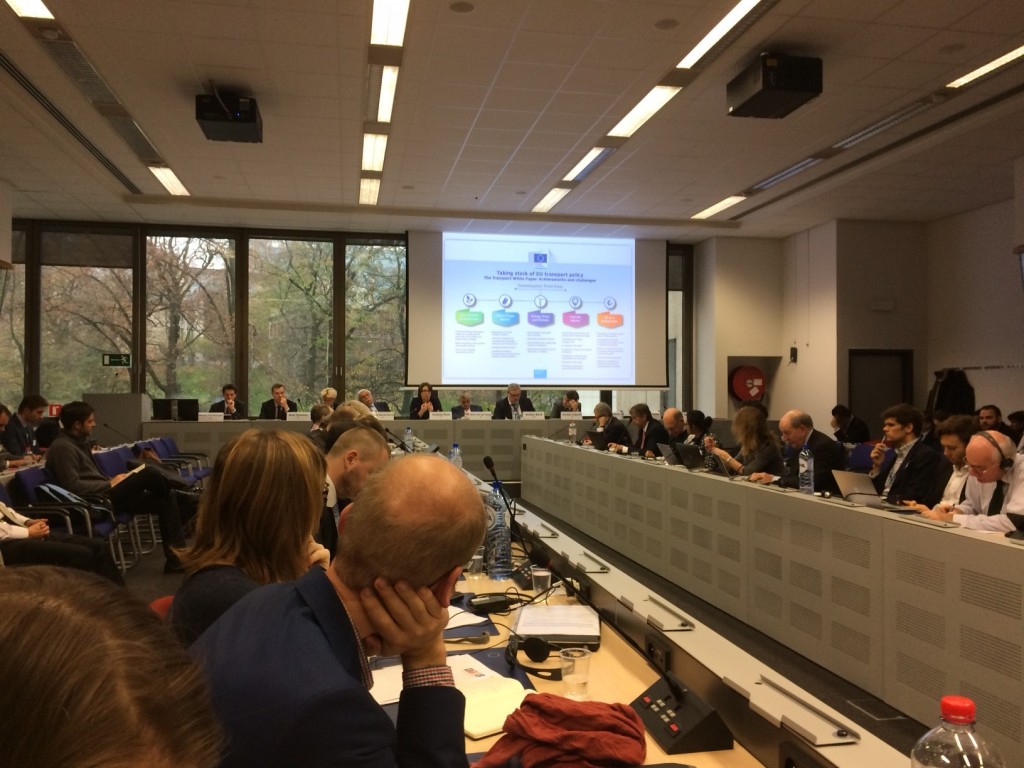 12 November 2015 – European Commission – DG Move – midterm assessment of the 2011 white paper on transport – conference with the participation of Violeta Bulc, commissioner in charge of transport

Transport Commissioner Violeta Bulc opened the meeting by recalling the five core areas of the white paper (i) a single transport market, (ii) an internal market, (iii) sustainable transport, (iv) smart transport and (v) investments. She reckoned that the aims of the white paper were far from being achieved but the difficulty was due to its implementation and not with its terms.

We noted that any references to citizens were indeed references to consumers, never to residents in an area of noise and pollution (either from planes, road or rail) and that the main issues lied with economic figures, ie GDP, and employment.

Stakeholders in all transport fields were invited to express their concerns and expectations. ACI Europe (Airport Council International Europe) and AEA (Association of European Airlines), two of the main actors in European air transport, were represented by the Director-General and the CEO respectively.

The key points of these two presentations included:

Obviously they declined that aviation was a big polluter and claimed that the industry was investing enormous amount of monies in research and developments to improve the environmental foot print of aviation. This is detailed in the letter of September 2015 sent by the Air Transport Action Group (ATAG) which may be found here: ATAG – open letter to governments – Sept. 2015.

UECNA was represented at the meeting by its president, Dominique Lazarski. As usual, she was the only participant representing people suffering from nuisances.  She made the following comments: