The elephants in the room

Aviation is not included in the discussion at COP 21!

Although aviation plans to double its traffic in the next 20 years, there is no agreement on the reduction of its emissions and there will not be one at COP 21 as is has been excluded from the talks.

UECNA supports Transport & Environment’s action which is described on the dedicated website : THE ELEPHANTS IN THE ROOM

UECNA has also signed a joint statement with French organisation with the same aim. It can be found here : JOINT STATEMENT OF 26 NOVEMBER 2015 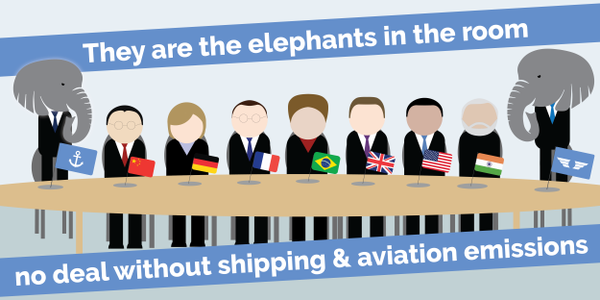